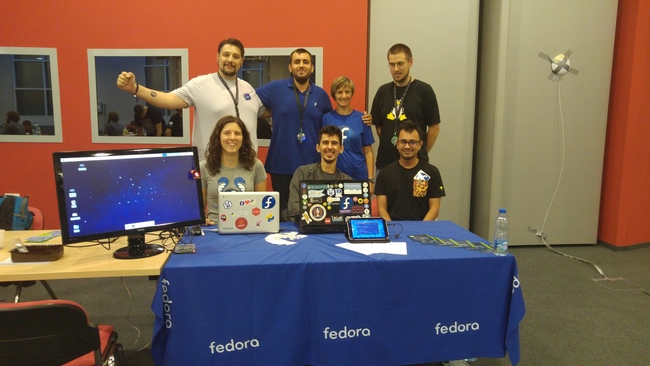 Another event, another great experience! This is my short (hopefully) event report from BalCCon2k16 which was held in my hometown - Novi Sad.

If you are wondering who are the people in the above picture (top-left first): 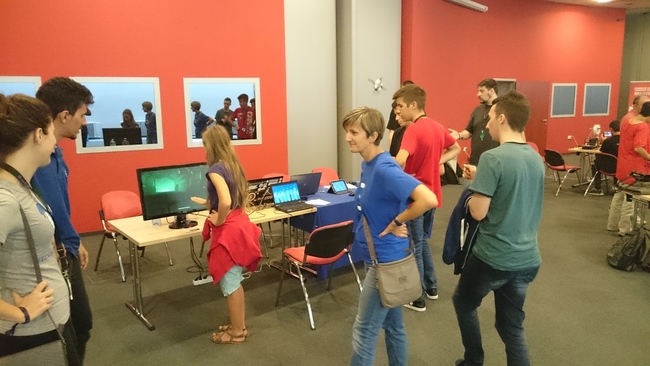 Sadly I have to start with sadly. The package with Fedora goodies was again impounded by the Serbian customs, and this time we couldn’t do anything about it. I was really sad and annoyed, but I guess this is just a reality for us. Happily, Momcilo had some leftover swag from previous events and I quickly printed some Fedora flyers, just so we have something at least. Not to say we didn’t bring a lot of hardware of course. :)

We had an Intel tablet running Fedora 23 with GNOME (which had a lot of people interested in it), my Chromebook running Fedora 24 with Xfce, Raspberry Pi 2 also running Fedora 24 with Xfce, and a micro:bit (from EuroPython) with a tasty ‘Fedora <3 BalCCon2k16’ going on a loop. Also Onur brought a very cool imaging device which could capture motion of peoples hands, so we had a lot of fun playing games with it. Branko brought his laptop and gamepad so we setup a few games on it. Lastly, the star of the show was definitely Momcilo, bringing a big screen, every adapter there is, wireless keyboard and mouse combo (which was so good I had to order one myself), a projector (which we didn’t have where to put, sadly) and a lot of other stuff. Clearly you can see that he really came prepared and because of this, our booth was looking really cool, even without the swag. Lastly, I have to mention a new hardware addition, which you can see in the picture above: our very own Fedora tablecloth, which really set our booth apart from the others. :) 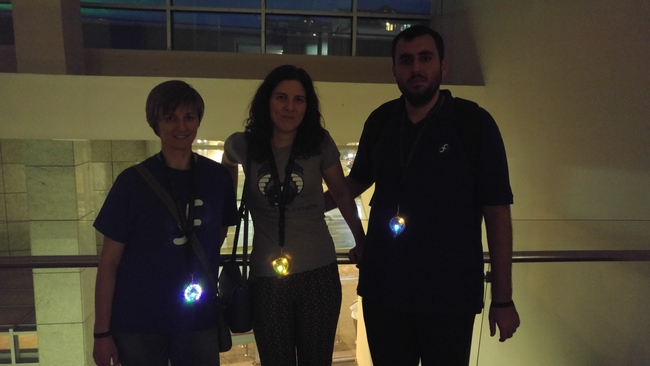 This year, every supporting member of the conference got a very cool device called a BalCCon badge. Apart from it being quite a lightshow as you can see above, it doubles as a universal TV switcher (very cool!) and a password generator and manager. The device was beautifully manufactured, and really nice to hold and use. Really, huge props to the organizers for providing people with such a cool gadget!

This year, local radio amateur group from Zrenjanin organized a really cool contest. The first part of the contest was that everyone got free kits for building our very own FM radios - we built one you can see here: 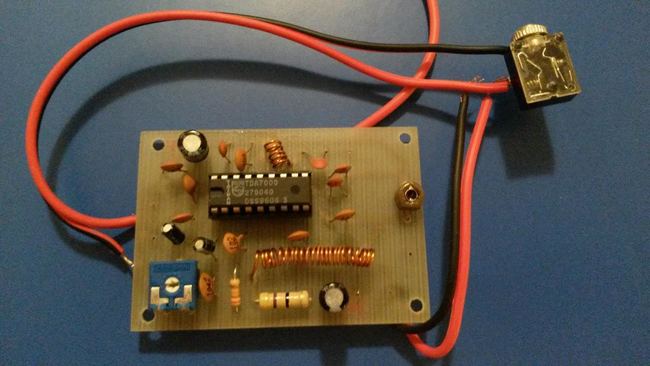 This was really awesome for me because Onur taught me how to solder! I have to say he was much better than me and I would like to take this opportunity to apologize to him for burning his hands like 100 times. The second part, was listening to the BalCCon numbering station. Numbering stations were used in WW2 for transmitting secret encrypted messages. Zrenjanin radio group made one which broadcasted a code every 15 minutes and whoever breaks it first - gets some home made Rakija (Serbian alcoholic drink). Around 2AM and after quite a few knocks on our heads, we won! Here you can see our prize: 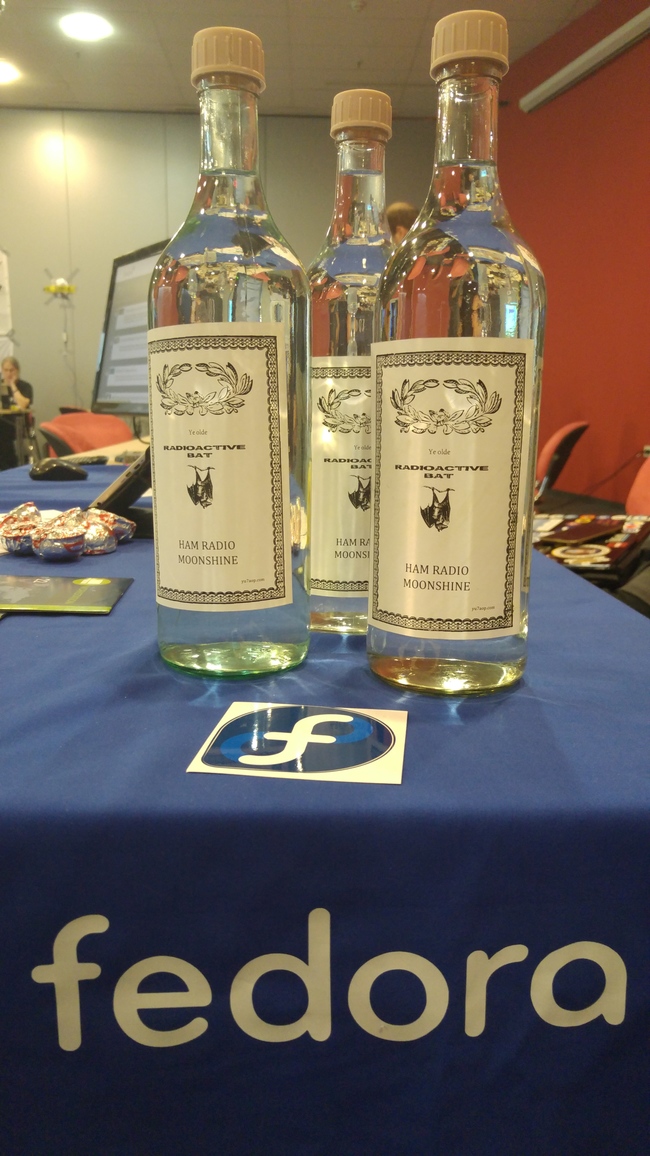 The best part of the contest is that we worked as a team and it was an awesome experience for me. When we broke the code I was really happy and excited, especially because we were the first to do it. 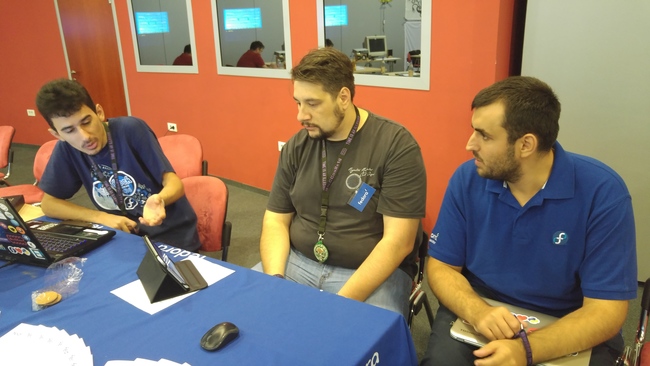 BalCCon community is really awesome! A lot of interesting and nice talks with a lot of hacking, talking and laughing in between. I met a lot of local enthusiasts who are using FOSS. The venue was Novi Sad Fair which is a huge facility with a lot of really good street food nearby. We had a lot of people asking about Fedora, what it is and how it could work for them, and I really enjoyed meeting ambassadors from other countries and seeing what are they doing for Fedora at the moment. I also have to thank everyone who was part of this years BalCCon Fedora booth, and I hope we will meet again soon.

I’m really happy that I was able to attend and help with organizing and I hope we are able to have a Fedora booth at BalCCon for many years to come.

UPDATE 27. May 2014. Chrome OS running in VMWare Workstation like a charm. I used this script instead of 4suhf: http://http://goo.gl/eIAcL5 And I don’t know why, but it worked like a charm with image #1 (Lenovo 2GB) Had to increase VD... Continue →