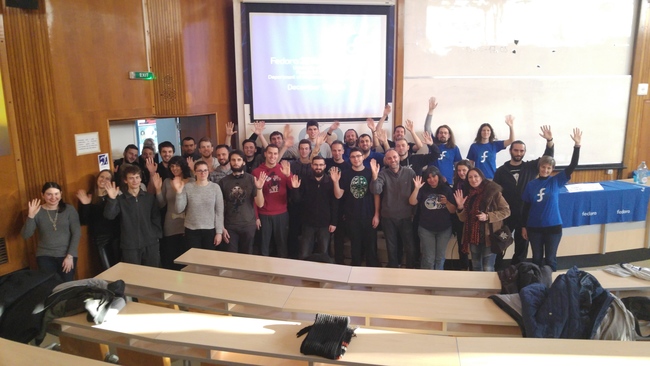 This is my short event report from the Fedora 25 Release Party in Novi Sad.

This time the organization went really really smooth (we were infinitely more experienced than the last time - it was our first event), and I met a lot of new Fedora people and had a chance to talk about Fedora with everyone!

The party took place, like last time, on the Faculty of Science, University of Novi Sad in the biggest amphitheater of the Department of Mathematics and Informatics. To be even more precise it’s about 3 minutes away from our Fedora-powered computer lab!

About 40 people (among who was a Fedora ambassador from Uruguay!) attended and we had four talks about different topics, regarding Fedora, Security and Hackerspaces. 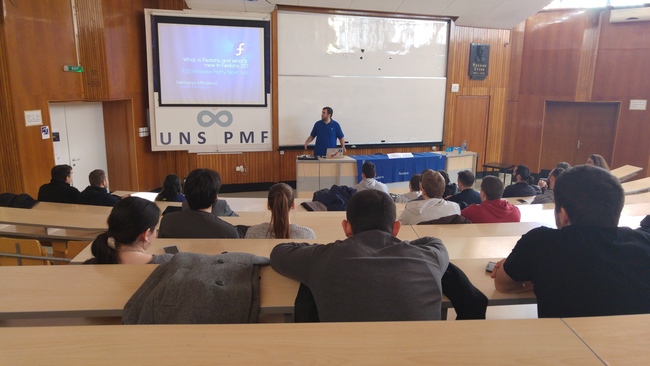 After a short introduction from the head of the Chair of Information Systems, Milos Rackovic, I started my talk about what is Fedora and what is new in Fedora 25. It was really similiar to my last talk on the last release party apart from the F25 stuff. People really liked the direction Fedora is taking and the changes in GNOME 3.22 and Fedora itself. Support for RPi platform was really good news for everyone. Even though I had prepared my RPi 2 with a fresh F25 LXDE image, I completely forgot about it and didn’t showcase it. :( On the other hand I showed how Wayland was working awesomely on my Baytrail tablet which is really improving every day. Overall, I think people enjoyed my short talk and I hope that I managed to summarize what is new with Fedora and what they can expect in the coming months. 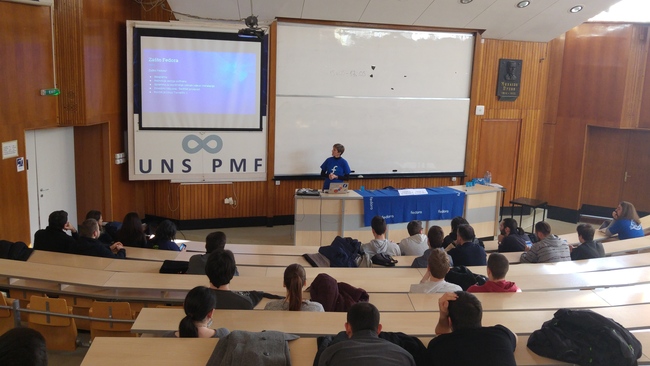 For the second talk, this time we decided to target new users so Danijela Tesendic, associate professor on the Department, gave a talk which I think was really awesome for our new users. Danijela covered everything, from getting Fedora, dual-boot or single-booting it, to installing the software and using the OS itself. It was really interesting and a great introduction on why would someone want to switch to Fedora and what issues will they encounter along the way. I really liked the metaphor Danijela used that switching from Windows to Linux in general is like moving to another country. Everything is there but everything is just a little bit different. All in all, awesome talk! 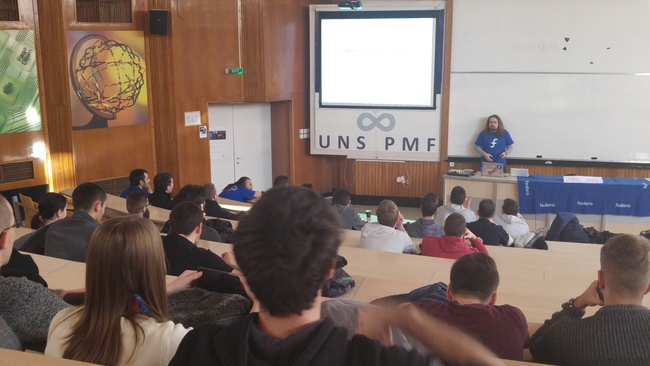 After the lunch break (props to Carolija Peciva again!), it was Doni Pracner’s (teaching assistant at the Department of Mathematics and Informatics) turn to wow the audience. Doni’s talk was really intriguing and advanced. He talked about the issue of “Trusting Trust” or who can we believe in the long and complicated chain when building software. It was a really good talk with a lot of good and well sorted information. Doni covered how one can infect the compiler with malicious code and how that infection can go undetected for a very long period of time and what can we do to ensure that our compiler is well behaved. The talk was really awesome, and there were a lot of good questions after it! 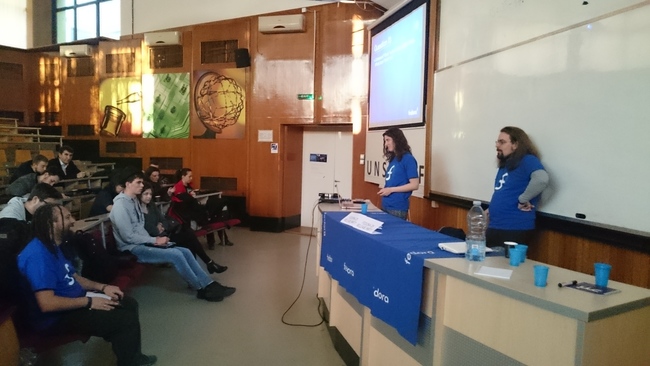 Like on the last release party we prepared a Fedora/Linux/FOSS related quiz for the audience with Fedora awards! The quiz was organized by Natasa Sukur (PhD Candidate at the Department and a new Fedora contributor). We had 15 (actually 16) funny and awesome questions and a lot of laughs in between them. Everything from the first commercial Linux distribution (Yggdrasil GNU/Linux!) to the Four Foundations of Fedora. Like last time, people really loved the quiz, and it was really fun for everyone. Top ten participants got the -big- awards (Fedora shirts and Fedora winter caps) and everyone else got a lot of the remaining swag that we had. 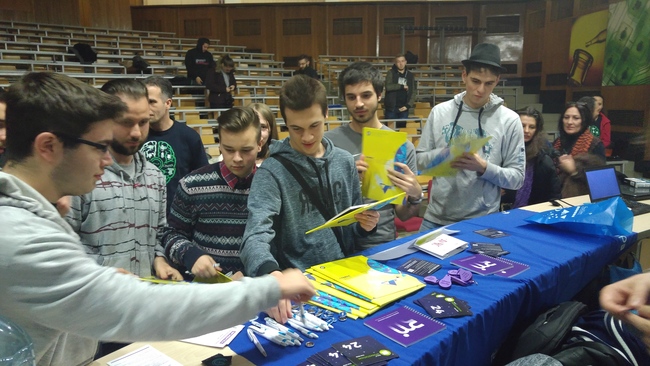 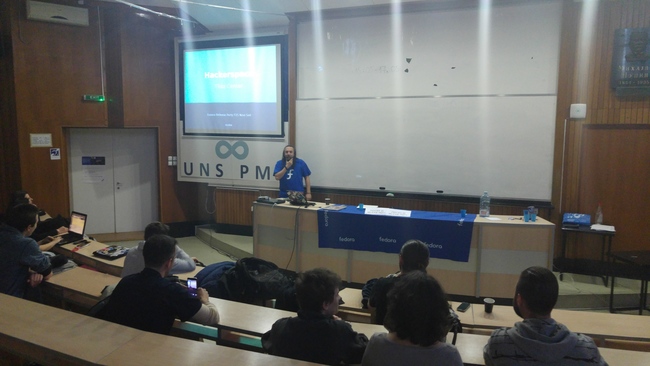 The fourth talk was from our friends from Tilda Center and one of the co-founders Meka. Meka talked about what is a hackerspace and what are some of the activities in Tilda Center. It was really awesome to hear someone talk with so much passion about educating young people about everything from electronics, music, photography to Python and Web development. I got the feeling that the general thinking in Tilda is that everyone can learn everything, and that we should never stop improving ourselves. I think a lot of the people from the audience didn’t know about Tilda (they are quite young, after all) and hackerspaces in general, and this was an awesome introduction. I hope we can organize events with Tilda Center in the future and also that they become regular speakers on our release parties.

This time we have two picture albums (thanks to Tilda Center), feel free to check them out here:

All the slides (some in Serbian) and the quiz are here.

I would like to thank all the people who came once more, and all the speakers for their time and their awesome talks.

I really enjoyed organizing this release party and I am really hoping that this event becomes a tradition. See you in about six months! :)

The days of hacking Intel drivers to run X server on Chromebooks are behind us. :) As of version 50, Chrome OS includes a Wayland server. Even though this is mostly for running Android applications, even my old Toshiba Chromebook which... Continue →