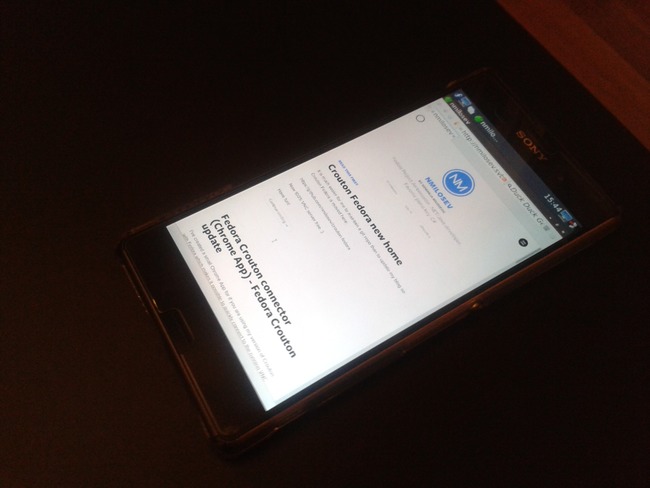 Hi everyone, just wanted to give you a quick update on the Fedora in a Android chroot project. Anyway, I’m pleased to report that my tutorial here:

is still working fine! I am currently working on an image which would replace the original Fedora 17 image from GNURoot, so that you don’t have to install the “helper distribution”. (edit: DONE! http://nmilosev.svbtle.com/fedora-on-nonrooted-android-phones-2016-another-update) The only missing bit is the Fedora 23 image, so I created one which you can download from my Google Drive here:

It’s an untouched Fedora minimal ARM image rootfs tarball, with some stuff removed (like kernel, boot partition etc.). You can follow the old tutorial with this file and it will install a new Fedora 23 chroot on your Android phone. The CLI stuff works pretty much the same as Fedora 22 did. However in the meantime, the X server application by pelya (which you can find on the Play Store) got massively improved (huge props to their team!).

You can configure everything! DPI, tablet mode, orientation, resoultion, shortcut keys, you name it…

As for performance, I have to say that Fedora 23 is running great on my SD801 phone and much faster than on my Raspberry Pi 2 even (mostly because of faster storage, processor and more RAM). It’s really usable! I’m running it in 720x1280 resolution with the 0.5x DPI setting. Also I’ve setup some shortcuts so here is my .bashrc if you are interested:

The second line gives you the blue prompt in terminal and rest is for LXDE and X. I installed LXDE with:

for a more complete experience. There are still some bugs here and there, for example lxterminal wasn’t working but xterm worked fine, but generally it’s great. I will definitely try another desktop environment (maybe MATE or Cinnamon) to see how it works. 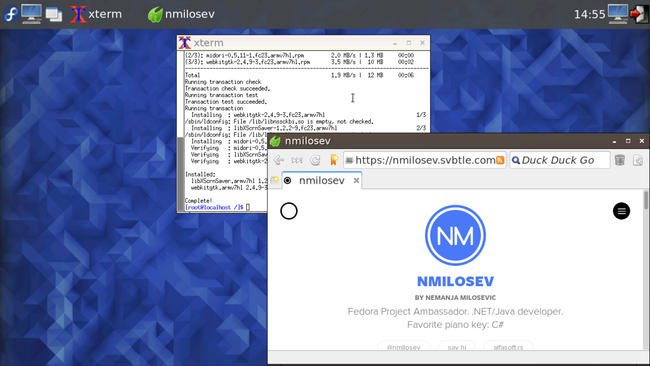 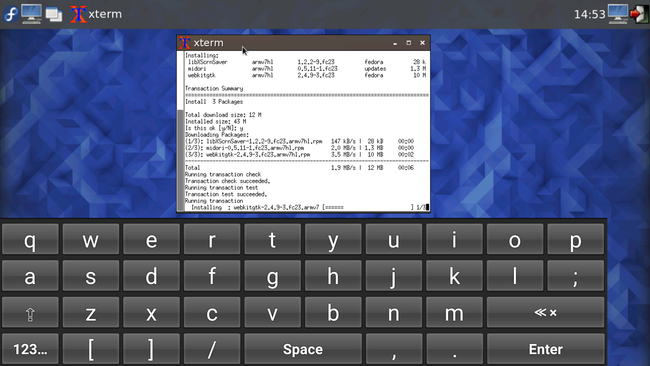 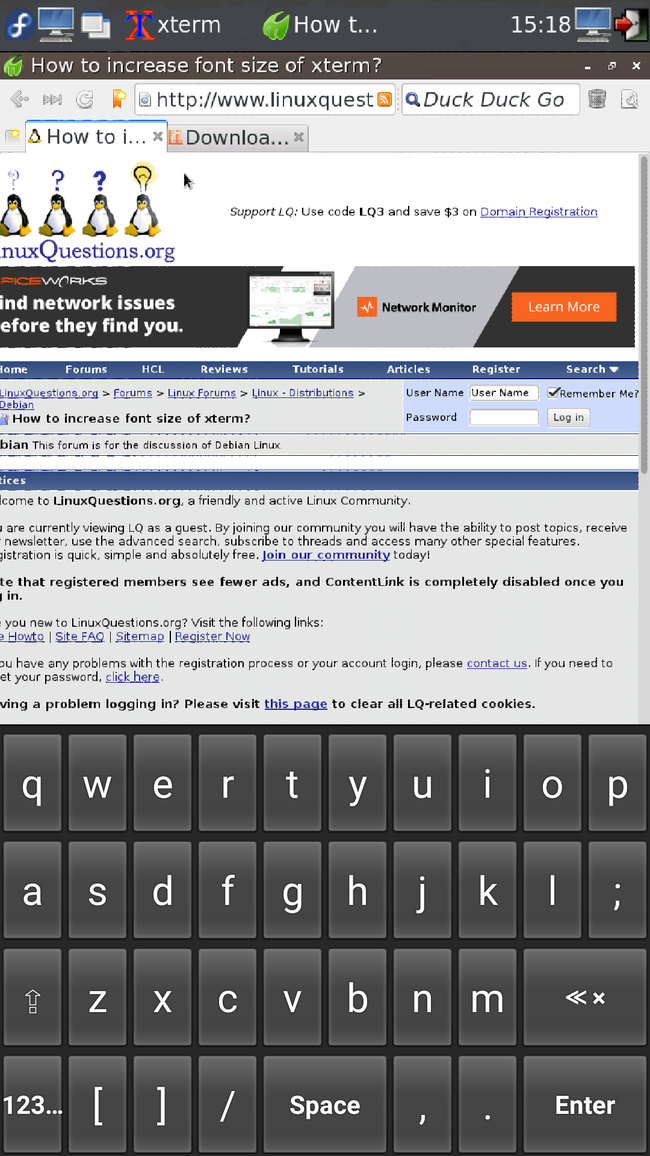 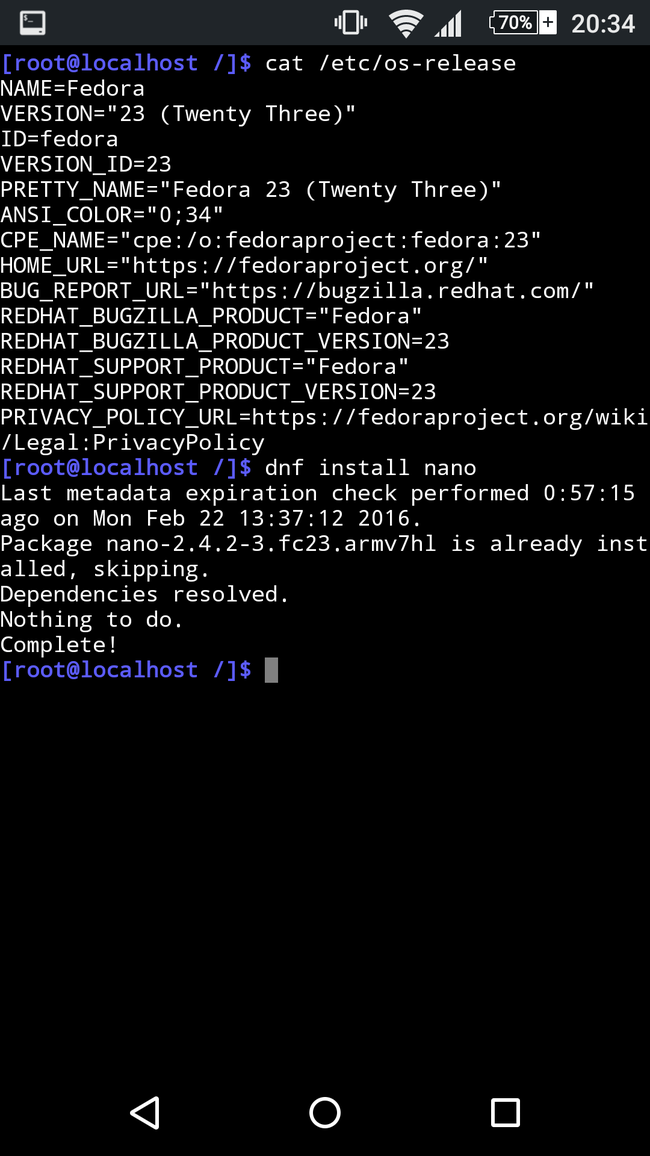 PS. I am also very (very, very) pleased to announce that I recently became a Fedora ambassador, so I guess that means you can expect even more Fedora-related stuff here, if that’s even possible!

If you want to try the latest and greatest of .NET Core on your Fedora machine you will be sad to hear that there isn’t a package available at the official website yet (Fedora support is coming): https://www.microsoft.com/net/download... Continue →