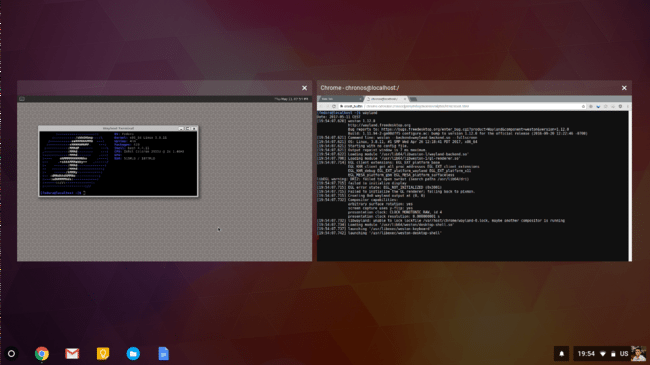 The days of hacking Intel drivers to run X server on Chromebooks are behind us. :)

As of version 50, Chrome OS includes a Wayland server. Even though this is mostly for running Android applications, even my old Toshiba Chromebook which doesn’t have Android support, has Wayland in it. Therefore Crouton Fedora can now fully utilize it and run GUI applications on it, mixed with Chrome OS windows!

There are some problems but nothing major so far. Let me know how it works for you! 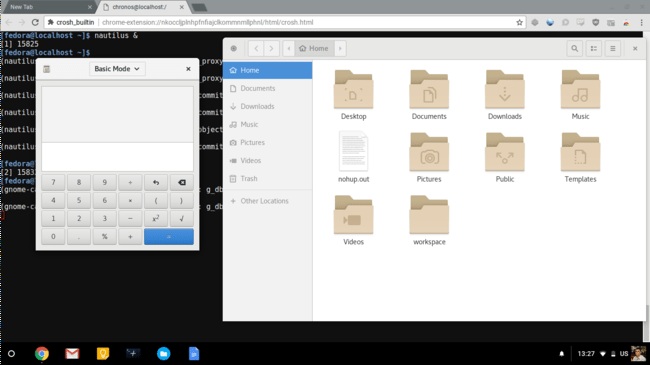 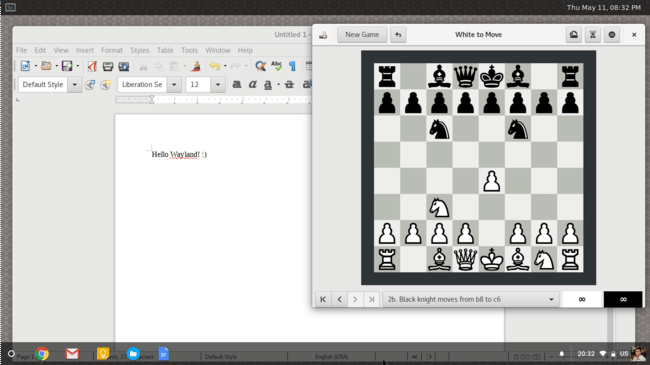 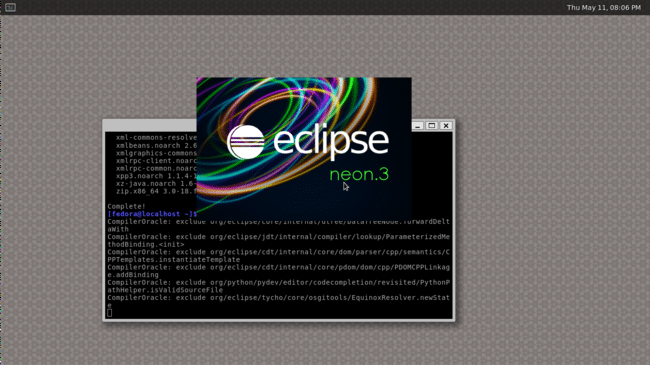 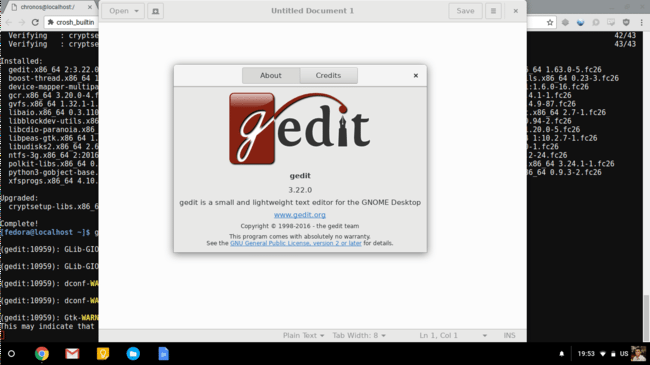 I am in the process of building a self-driving RC car. It’s a fun process full of discovery (I hate it already). Once it is finished I hope to write a longer article here about what I learned so stay tuned! While the electronics stuff... Continue →